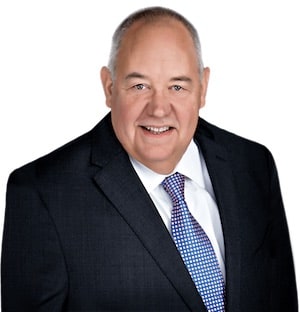 Louis J. Cosenza is a Family Law Specialist who is certified by the Louisiana Board of Legal Specialization. He is one of eleven family law specialists with offices in Baton Rouge and the only board-certified specialist with an office in Ascension Parish. In his 43 years as a lawyer, Mr. Cosenza has had experience as a skilled litigator in diverse areas including tort law, medical malpractice, lawyer disciplinary proceedings, criminal defense and prosecution. He has practiced in state and federal district and appellate courts and before military Courts Martial.

A native of New Orleans, Louis evacuated after Hurricane Katrina and decided to settle in Gonzales, Louisiana. He established a new practice devoted exclusively to family law cases with an emphasis on divorce and the division of marital property, including high net value divorces.

Louis is married with four children and five grandchildren. He is an avid baseball fan, whose favorite likes are good food, classical music and jazz, the New Orleans Saints and the New York Yankees. Someday he hopes to get back on the golf course where he spent many hours as a young attorney.

Mr. Cosenza has 40 years experience as a practicing attorney. He works hard for his clients. His experience and perseverance will help you get through this difficult time in your life.
Education