And Baby Makes Only Three – Grandparent Visitation Law in Louisiana 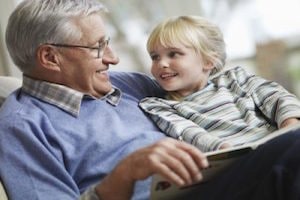 Kim Kardashian, Kanye West, and North, their daughter, have been living in Grandma Kris Jenner’s mansion while their own home is renovated according to the August 18, 2014 edition of US Weekly. Undoubtedly, Kris Jenner has developed a close and loving relationship with North. What would happen, however, if after Kim, Kanye, and North move, they refuse to permit Kris to see North?

In Louisiana and elsewhere in the United States, grandparent visitation is subject to our country’s supreme law – the United States Constitution. For many years, our Supreme Court has recognized the fundamental right of parents to determine what is in their child’s best interest. In general, if a parent decides that he does not want his child to know her grandparents, courts may not overrule that decision. There are narrow exceptions for grandparents whose son or daughter is dead, in jail, or committed and the surviving, free, or sane parent refuses to allow them to see their grandchild. Even in those circumstances, there is no guarantee that a grandparent can meet the high evidentiary burden imposed by constitutional principles.

If you are a grandparent who has been refused visitation, you should seek legal advice. Be prepared for a long, bitter, and expensive uphill battle against the odds.