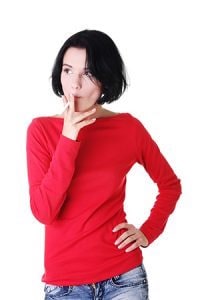 Cigarette advertisements are banned from television and radio but continue to appear in magazines.

A “Blue Camel” “taste it all” advertisement appears in the August 4, 2014 edition of US Weekly.

Although smoking’s connection to lung cancer, heart disease, and emphysema are well documented, many people still smoke and many others begin to do so every day.

In Louisiana divorce law, what if you divorce a spouse with a serious health condition brought on by years of voluntary addiction to something that is not good for her? If she is free from fault in the break-up of your marriage, you may be obligated to pay permanent spousal support. Can you argue that you should not have to continue to support her because she was the one who decided to smoke, to drink, or to weigh 250 pounds?

None of those conditions are ordinarily considered the kind of cruel treatment that justifies one spouse’s decision to abandon the other. However, if an addiction to alcohol, food, or nicotine results in the spouse’s inability to honor the legal obligations that marriage entails, it may rise to the level of legal fault. These are difficult issues for courts to decide and their resolution depends heavily on the facts. You should consult with a lawyer before you decide to leave a husband or wife whose fault consists of bad habits.