Home
Articles
Miscellaneous Family Law Issues
Can You Ban Your Ex’s Boyfriend from Being Around Your Child?

Can You Ban Your Ex’s Boyfriend from Being Around Your Child? 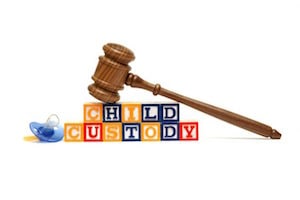 Simon Cowell committed adultery with a close friend’s wife, Lauren Silverman. Cowell is reported to be a good father to their infant son according to the March 10, 2014 edition of People. Good father or not, however, Silverman’s settlement with her husband Andrew forbids Cowell from being around their seven year old son until 2015.

Can you ban your ex’s boyfriend from being around your child? In Louisiana, divorcing couples can agree to limit each other’s custodial and visitation rights. It is not unusual for such agreements to forbid a parent from allowing a person of the opposite sex to spend the night if the child is also present. If parents cannot agree on whether a child should be exposed to a particular person, courts have the power to order that custody and visitation shall not occur if that person is present.

Hard feelings about the other parent’s affair do not automatically translate into moral danger, however. There must be more than injured pride or outrage to justify banning the paramour from a child’s presence. However, if your ex-spouse’s significant other exposes your child to sexual acts, instructs your child that adultery is acceptable behavior, or fosters immodest and immoral behavior, you should consult with a lawyer. It may be time to revisit the custodial arrangements.