Dial M for Marriage – How to Discover the Truth During Divorce 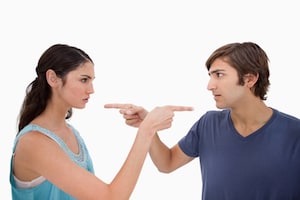 According to an article in the May 23, 2014 edition of The Advocate, a California man has been arrested for kidnapping and raping his former lover’s 15 year old daughter. He forced the girl to marry him by threatening to expose her illegal status to the authorities.

She tried to escape twice and he brutally beat her. His defense lawyer is quoted as saying:

“Like all married people and like all couples, people break up and sometimes … say things that aren’t true.”
Neighbors who were interviewed and knew the family found the woman’s story “hard to believe”.

Where married relationships are concerned it is often difficult to find the truth among the lies that each partner tells. You can help your divorce lawyer ascertain that truth by providing a detailed account of the history leading up to your separation. A good way to do this is to write down the facts in chronological order. A written history in your own words that your lawyer can read after you have left the office can be a better reference than the notes he takes while you are talking. Before your first meeting, ask if your lawyer would like you to bring a narrative of the facts.