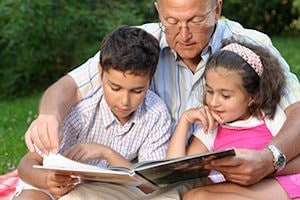 There are circumstances where legal custody in favor of a grandparent is important for the child’s benefit. If a parent is absent or works out of state, some form of custody in favor of a grandparent is often necessary in order to register the grandchild in school or obtain medical treatment. Provisional custody by mandate is one way to temporarily confer limited authority on a grandparent (or another person) so that he or she can meet the child’s daily needs. In some cases, grandparents actively seek to remove custody of their grandchildren from their own children because of abuse or neglect.

Grandparents who are responsible for raising their grandchildren often find themselves in financial difficulty with additional mouths to feed and bodies to clothe and shelter. Programs such as Head Start’s Grandparents Raising Grandchildren help grandparents with limited financial resources obtain financial assistance. In addition, federal programs such as “Kinship Care” and Baton Rouge’s community development program can provide support. If you are a grandparent raising a grandchild and need official documentation of your authority to act on the child’s behalf, you should consult with a family lawyer.