Pursuing Positive Outcomes
to Family Law Disputes
Contact us for a Consultation
Home
Articles
Adoption
How Much Should We Tell Adopted Children About Their Birth Parents?

How Much Should We Tell Adopted Children About Their Birth Parents? 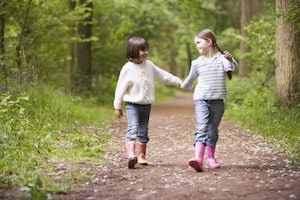 In 1936, an English domestic servant gave up one of her twin infant daughters for adoption. Seventy eight years later, the sisters were reunited. The May 5, 2014 issue of The Advocate does not describe how they found one another after so many years. Surely their reunion was bittersweet.

How Much Should We Tell Adopted Children About Their Birth Parents?

In years past, it was the custom to hide a child’s adoptive status from him. More recently, couples who adopt sometimes allow the birth mother to stay in touch with her child. People disagree about how much information an adopted child should have about her birth parents.

The Louisana legislature recently considered allowing adopted children some access provided that the biological parents agreed. If you have an opportunity to adopt a child, his access to information or contact with his biological parents is something you should discuss with your lawyer.