I Don’t Think I Do… Understanding the Covenant of Marriage 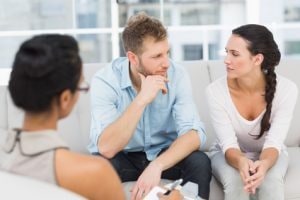 The July 14, 2014 edition of US Weekly listed 25 stars who called off their engagement. Included in the list were celebrities like Paris Hilton, Gwyneth Paltrow, and Aretha Franklin. No reasons for any of the decisions not to say “I do” were provided.

Marriage, however, in Louisiana as elsewhere, is an emotional, psychological, and financial commitment. There is a good reason why marriage is called an “institution”. Once you are in it, it can be difficult to leave.

Some faiths, such as Roman Catholicism, require couples who wish to marry in the church to attend pre-marriage counseling. The purpose of such counseling is to impress upon the couple that marriage is serious business and to respect the covenant of marriage. If you are thinking about getting married for the first time, you may want to speak with an attorney about the legal obligations that you are about to undertake.