Pursuing Positive Outcomes
to Family Law Disputes
Contact us for a Consultation
Home
Articles
Miscellaneous Family Law Issues
Love Knot or not? How Does Moving Back in Affect Your Divorce?

Love Knot or not? How Does Moving Back in Affect Your Divorce? 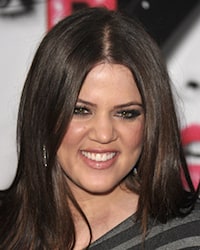 Khloe’ Kardashian may be considering an attempt at reconciliation with husband Lamar Odom according to the March 31, 2014 edition of US Weekly. She bought Justin Bieber’s home in Calabasas, California and installed a place to play hoops. Sources say that nothing has been done to move her divorce proceeding along. What will happen to her divorce lawsuit if she and Lamar live together again?

How Does Moving Back in Affect Your Divorce Petition?

In Louisiana, a couple that has reconciled must file a new divorce petition if they later separate. Whether or not a reconciliation has occurred is a question of fact. Simply dating your spouse and even occasional sexual intercourse may not be enough to constitute a reconciliation.

Courts do not want to discourage attempts by couples to return to married life by punishing them if they try and their attempts are unsuccessful. A separated couple that lives together again in the manner of husbands and wives has probably lost its right to rely on an old divorce petition. If you are thinking about whether to re-tie the knot, consider how tight you should make it. You might get wrapped up again in a bad marriage.