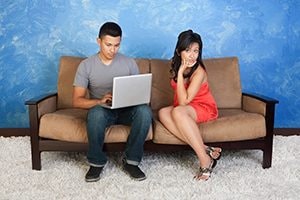 Jay Z and Beyonce may be “headed for breakup” according to the August 11, 2014 edition of US Weekly. The couple’s public appearances contradict what insiders describe as “their marital problems”.

This phenomenon is a common one as marriages crumble. It can have important consequences in the ensuing divorce proceedings. “He said” “she said” exchanges do not provide courts with the preponderance of evidence that they need to break a tie when the facts are disputed. If fault is an issue in a Louisiana divorce proceeding, independent witnesses provide the most convincing proof of whose bad behavior caused the dissolution of the marriage. But independent witnesses may be impossible to find if a couple has kept all of its dirty laundry hidden in a closet in the basement.

If you see your marriage headed for the rocks, you would be wise to think about how you will prove that your spouse is the one steering the ship in that direction. Consider searching for and preserving evidence of:

Sometimes a private investigator is a good investment. Most importantly, discuss your concerns with a Louisiana divorce lawyer.