Necessity is the Parent of Invention – LGBT Couples in Louisiana 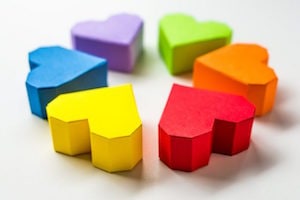 The April 27, 2014 edition of EatPlayLive in The Advocate announced the California wedding of a same sex couple. After a honeymoon, the couple will return to live in New Orleans. This couple undoubtedly knows that their marriage, performed elsewhere, is not recognized in this state. Many members of the LGBT community, however, believe that eventually Louisiana will be required to recognize their marriages even if our State refuses to permit them to occur here.

In the meantime, LGBT couples have some legal tools at their disposal that enable them to govern their legal relationships in ways similar to those of couples whose marriages are recognized. Legal tools that LGBT couples in Louisiana can use include:

If you live in Louisiana (or intend to move here) and are thinking about entering into a committed LGBT relationship, you would do well to consult with a Louisiana family lawyer and a Louisiana business lawyer before you do.