There’s no Place Like Home: Same Sex Marriage and Divorce in Louisiana 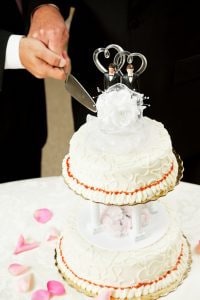 Gay and lesbian couples who were legally married in Delaware or Minnesota may feel like strangers in a strange land in Louisiana. Although New Orleans has a vibrant gay and lesbian community and Baton Rouge’s “gay-friendly” 2014 ranking has increased to 22 points out of a possible 100 in the Human Rights Campaign’s third annual Municipal Equality Index, neither city’s courts provide access to divorcing same sex spouses. The lack of access is due to Louisiana’s definition of marriage as a civil contract between a man and a woman.

Divorce and its related proceedings such as spousal support and the use and division of community property are derivatives of marriage. Without marriage, there are no such remedies. What can a gay or lesbian couple do if they were legally married elsewhere but now wish to be divorced in Louisiana? There is no clear answer to this question, at least for now. It may be of some comfort to such couples that as far as Louisiana courts are concerned, their marriage is a nullity ab initio (from the beginning). If there is no marital property, no children, and no need for one of them to support the other, they may be able to follow Paul Simon’s musical advice and just “slip out the back, Jack” and “make a new plan Stan”. Before doing so, however, it is imperative that they obtain legal advice to make sure that neither is overlooking an economic connection between them that cannot be broken without legal action.

But what if there is a need for a court to decide issues concerning marital property, and children, and a need for spousal support? Where can same sex couples go if not to Louisiana courts? Such issues are ordinarily decided by the court that has jurisdiction of a couple’s marital status. Jurisdiction over marital status is usually vested in the court where one of them is domiciled or where their last matrimonial domicile was located.

One unsatisfying solution may be for one of the spouses to move back to the state where they were legally married and establish a domicile there. Such states, having approved same sex marriage, should have laws applicable to same sex divorce. Delaware and Minnesota both have laws that give their courts jurisdiction over divorcing same sex couples who were married there but moved away. Ironically, the difficulties faced by gay and lesbian married couples who wish to divorce may increase the likelihood that they stay married – just as heterosexual couples did before the days of quick no fault divorces. The bottom line is that if you are a legally married same sex spouse and you want a divorce, you need legal advice.