Home
Articles
Child Custody
This World or the Next? The Decision to Terminate Life Support

This World or the Next? The Decision to Terminate Life Support 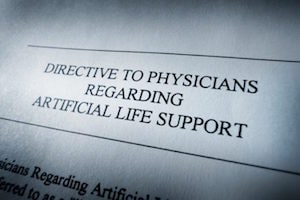 As of the March 29, 2014 edition of The Advocate, the mother of a 13 year old daughter whose doctors describe as “brain dead” continued to insist that there was hope she would revive. As of that date, Jahi McMath was at an undisclosed location on a ventilator. Her mother described her as “very responsive”. Unlike in the Terry Schiavo situation, where parents and a husband were at odds over continuing life support, the McMath family seems united in its efforts to keep Jahi alive.

What would happen in Louisiana if divorced parents disagreed over whether to terminate life support for a child deemed “brain dead”? The power of life and death is qualitatively different from the authority to change a child’s doctor, school or church. The power of life and death does not neatly fit within the authority of a sole or even a primary physical custodian. A non-custodial parent or one who is not the primary custodial parent in a scheme of joint custody could certainly argue that withholding life support requires the consent of both parents.

Presumably, if the parents could not agree, a court could make the decision as a court did in the Schiavo case. However, that decision would have to be based on the “best interests” of the child. Arguing that it is in a child’s “best interest” to be placed beyond all hope of recovery is counterintuitive. It is difficult to imagine the circumstances in which a judge would order a child’s physical death in the absence of great physical suffering. If you find yourself in this tragic situation, you should seek legal advice and counsel.