Pursuing Positive Outcomes
to Family Law Disputes
Contact us for a Consultation
Home
Articles
Miscellaneous Family Law Issues
Tired of Your Spouses Immodest Behavior – Is it Time for Divorce?

Tired of Your Spouses Immodest Behavior – Is it Time for Divorce? 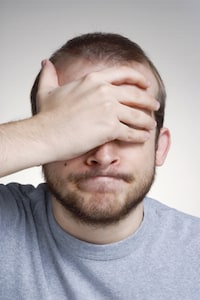 In 2011, Kim Kardashian posted herself in a very small black bikini. The June 30, 2014 edition of US Weekly published Kim’s tweet next to a photograph of Game of Thrones’ Daenerys. Both women are less than fully clothed although Ms. Clarke’s costume was modest in comparison.

If Your Wife Exhibits Herself to the Known World Wearing a few Handkerchiefs, can You do Anything About it?

In Louisiana, a spouse’s immodesty may constitute cruel treatment if it is outrageous and the other spouse has made his feelings known.

However, the spouse’s state of dress (or undress) will probably be evaluated in the context of society’s expectations. What is immodest in Winnfield might be acceptable in New Orleans.

You may want to consult a lawyer if you you believe your spouse’s attire is more than she should bare.