Unintended Consequences – Parental Liability for Actions of a Child 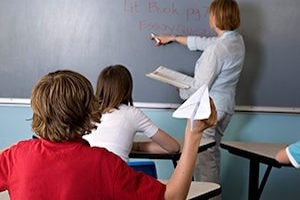 A Baker teacher was arrested, but will not be prosecuted, for allegedly grabbing a student’s shirt when he attempted to enter her classroom without tucking it in. The student apparently called his parents who reported the teacher to the police. She then suffered extreme embarrassment from being arrested, handcuffed, and removed from the school where she taught. The City’s special prosecutor has concluded that there was insufficient evidence that the teacher committed any crime and there is “no way” his office would prosecute her.

An issue raised by this unfortunate set of circumstances is whether the teacher has a cause of action against the parents of the child or other parties for the damages that she suffered. Confrontations, even physical ones, occur too often in our schools and some of them involve students assaulting or striking their teachers.

Louisiana law recognizes parental liability for actions of a child. Married parents should know that they are liable for the damage occasioned by their minor children who reside in their home. Parents who are not living together and who share the legal or physical custody of children may also be liable for such damage if the offending child is deemed to be a resident of their household.

Children often suffer emotionally and may act out in aggressive ways when their parents divorce. Parents, whether married or not, should be alert to behavior in their children that may lead to lawsuits against them.