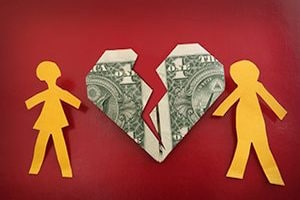 The Advocate recently reported that Louisiana ranked second worst in the “gender pay gap”. For this among other reasons, one of the most contentious issues in a Louisiana divorce is that of interim spousal support (temporary alimony).

As Thomas Sowell pointed out in his editorial on The Advocate’s Opinion page, the reasons for income disparity between men and women are many and varied. Income disparity is often the result of personal choices rather than sex discrimination. When children are young, wives and mothers may assume more of the child caring and raising duties. Employers may be reluctant to hire women whose family obligations could take them away from work at a moment’s notice. Employers who are willing to hire them in spite of their need to put family first may use them to fill low paying positions where their occasional and unpredictable absences will not have an adverse impact on the business. A man may have asked his wife not to work and her job skills may have degraded over time. A man may have married a woman whose education and training did not lend themselves to a high paying job.

In these circumstances, interim spousal support is designed to transfer income from the husband to the wife so that the wife’s standard of living pending divorce is not adversely affected by the disparity in their income or their earning potential. Temporary alimony is temporary, however. Once the husband and wife are legal strangers – that is – separate, single people once again – the law expects both of them to pull their own wagons.

There are exceptions including special consideration for spouses who are unable to work or whose education, training and experience do not permit them to immediately find work that will pay a living wage. In such cases, permanent spousal support is available. In any event, until American society transforms itself into a same sex culture where the roles of men and women are identical in every respect – a prospect not all may welcome – income disparity will continue to generate a need for interim spousal support.