When the Bough Breaks… Protecting Your Kids from Child Abuse 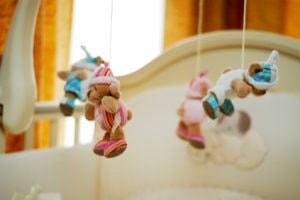 The cradle will fall – so goes an old lullaby. What kind of a mother would put her child’s cradle in a tree? Perhaps the kind of mother who would poison her 5 year old son in order to gain attention for herself. The July 7, 2014 edition of People reports the arrest of a young woman in the poisoning death of her son.

Prosecutors theorize that Lacey Spears poisoned Garnett out of a desire to be perceived as a nobly suffering mother. Her sacrifices in the face of his suffering earned her the admiration of others. The mental disorder leading to this type of behavior is called Munchausen by proxy.

Parents and grandparents in Louisiana should be alert to child abuse by being aware of evidence of unusual, unexplained illnesses in their children and grandchildren. If you are concerned that your child may be suffering at the hands of a caretaker or close relative, Louisiana’s Child Protection Services can help.

You should also seek the advice of an attorney since changes of custodial arrangements may be needed.